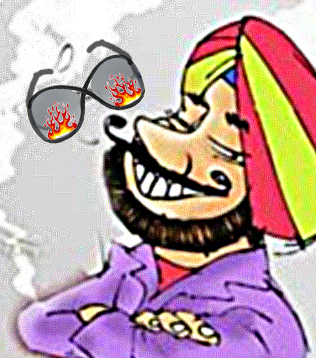 “Elementary, My dear Watson!” would have been the maestro’s response to the incidence but to me it is an interesting case till date basis an assumption which I believe must have been the real scenario. I refer this incident amongst many other cases encountered at sea, most harboring at the realm of being ridiculous, as “A Case of Frosted View”.

For the ones not seasoned with the jargons and way of life at sea, a bit of introduction to “UMS Class Ship” will set the stage for the story. Machinery spaces in a ship need to be monitored all the time for parameters and for any unforeseen incident. Until not very long ago Engineers and Engine Crew kept watches, rather unhappily, in shifts round the clock (day and night) due diligent to any Engine Room anomaly. As technology advanced and played savior to the plight of the men down below*, precision Alarm Systems made monitoring of Engine Room parameters a cakewalk – Technology ensured that Engine Room need not be manned all the time. Any anomaly in Engine Room parameters would raise an alarm in designated places on ship for subsequent action by Engineer in charge for that day. Ships which had these advanced Alarm Systems were designated “UMS Class Ships” (UMS = Un-manned Machinery Space).

Life for Engineers in an UMS Class Ship is first-rate. A couple of beers and few games of Table Tennis follow Work Hours from 8 a.m. to 6 p.m. There is supper thereafter. Post supper, plethora of choices to choose from leaves most Engineers hard pressured to pursue all – watch a movie, read a book, play a game, do more bottom-ups, sleep & snore, et al, until back to work at 8 a.m. the day after.

So in one of these UMS Class Ship, where I exhausted few months of my prime time youth either working at the bottom or doing bottom-ups, we had unmanned the engine room at 6 p.m. I was particularly weary that day therefore I skipped beer, TT and supper and headed directly for sleep after a warm shower… And sleep came easy and quick… there is nothing like a slumber after a day’s work in Engine Room generator platform. To this day, I remember waking occasionally to look at the ticking clock reminding me that there was still time to 8 a.m. the next morning… and so I slept & woke intermittently.

At 3:30 a.m. in the wee hours of the morning (or night) the ship’s Fire Alarm went off! Half-dressed and half-asleep, I got up with a start unsure what to do, undecided which way to run, uncertain of what the hell was going on! The ruthless-to-the-ear TRRRRRRRRRRRRRRRR alarm bell was continuous and loud enough to wake the rotten dead of centuries gone by. So the living me got up, jumped into the boiler suit, muscled the heel into the industrial shoes and ran down the accommodation stairway to the Fire Muster Point on Upper Deck. I noticed fellow Engineers and Officers tumbling and stumbling out of their cabins alike me, some cursing the mothers and daughters of the alarm bell…other scratching their heads and other parts… but all headed down the accommodation stairway to the Fire Muster Point.

When we were at the first deck of the accommodation, we noticed Chief Engineer Pratap Singh (name changed) running full throttle up the stairs and shouting “BHAGO AAG LAG GAYEE… BHAGO FIRE FIRE… SUB SAALE JAALENGE AUR MAARENGE!” (Run there is Fire…Run Fire Fire… All of us with be smoked and are going to die!).

A brief introduction of Chief Engineer Pratap Singh is opportune at this point. A stout sexagenarian sardarji, C/E Pratap Singh is a loud gentleman very well acquainted with the life at sea. Full of humour and impromptu anecdotes, C/E Singh is any man’s delight over beer. His wry sense of humour amused many while rubbed a few the wrong way too. Given his age, he fretted more than necessary and predicted apocalypse more often than God would have provisioned for in 10 life spans of planet earth.

C/E Pratap Singh informed, amidst huff and puffs, that he was unease all though that night and had decided to take an Engine Room round at 3:30 a.m. No sooner had he opened the Fire Door to Engine Room, he saw smoke coming out of Engine Room. Being a veteran, he did what a seasoned sailor would do without any second thought. He shut the Fire Door, triggered the Fire Alarm and was running up to his room to collect the dollars in his cabin. It was only on Chief Officer’s wise counsel that C/E Pratap Singh agreed to let go the dollars in his cabin and head for the Fire Muster Point. And so we all, along with C/E Pratap Singh, assembled at the muster point. A head count was taken; fire-team was geared and immediately entered the Engine Room from the Upper Deck entrance. Amidst the chaos, C/E Pratap Singh was keen to release the inert gas, bosun was all set to lower the life boat, deck-cadet saw this as the opportunity to show his commitment and offered to be part of the fire-team, the strong-hearted waited eagerly for the fire-team to return while the weak-hearted where found muttering prayers. The young Assistant Electrical Officer confirmed to everyone that he has been testing all fire-alarms regularly and it was rather strange despite the fire no fire-alarm triggered automatically. C/E quickly rubbished the E/O’s testing-methodology as bull. I stood on one side as part of the 3 member medical-team, with first aid box in one hand and oxygen mask in other… still undecided unsure uncertain!

Some 10 minutes later, the fire-team returned to confirm there was no fire in the Engine Room! All was all right and there was no trace of any fire or smoke!

Everyone looked at the C/E who was at a loss of words but mumbled a few things to justify and explain that there indeed was s smoke in Engine Room entrance from Accommodation. Then we went inside the Engine room along with Third Engineer to confirm and indeed there was no fire!

The muster was called off and everyone disbursed. All Officers and Crew returned to their cabins. Most people, especially Asstt. E/O, went cursing the C/E on the sly with choicest abuses known to mankind.

The next morning I met C/E Pratap Singh over bread and butter. He seemed very quiet and visibly disturbed with his false alarm last night. On our way down to Engine Room entrance in Upper Deck from Accomodation, C/E walked into the E/R and stepped out immediately. I was taken aback since I was following him very close and was almost half way into the entrance door myself when he suddenly turned and got back into the accommodation from E/R.

He took off his glasses with left hand, took out a rag from his right hand pocket and started to wipe the frost that has condensed on his glasses because of temperature difference between Accommodation (23 deg. Celsius) and Engine Room (41 deg. Celsius). He stopped in between and smiled. He looked at me and smiled even more. I smiled back unknowingly. Then it dawned on me and I smiled back with the full knowledge of what happened last night. We both laughed. C/E cursed himself jokingly and we walked into the Engine Room amused and laughing.

It seemed that previous night after his daily dose of single malt, C/E Pratap Singh decided to take a walk in the Engine Room. Sooner he entered the Engine Room, his glasses had a layer of frost due to the sudden change of temperature between accommodation and Engine Room. A rare mix of single malt, frost on glasses and fertile imagination triggered the idea of smoke in C/E Pratap Singh’s head. He did what he did subsequently.

A few days later when C/E Pratap Singh was signing-off he said to me, “Suri, elementary it might seem but The Case of Frosted View is still a mystery to many. Thanks to humanity, Sardarjis and Bawas are allowed to raise false fire-alarms.”

* Engineers work mostly in Engine Room which is located down below – even below the sea level!